The revolution in the diagnosis of viruses for developing areas. A microchip that analyzes and makes the blood test for HIV 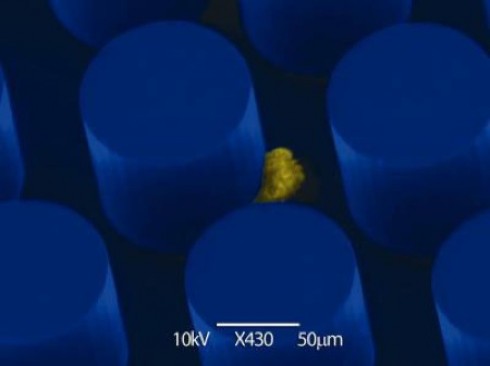 The revolution in the diagnosis of the virus in developing countries are waiting for some time, perhaps at the gates. Because as we know, there are underdeveloped areas in which epidemics continue to spread like AIDS, not only because of the lack of information, but also to the difficulty in finding diagnostic tools and drugs at affordable prices.
According to a study at Columbia University published in the journal Nature Medicine, was, in fact, created the first mobile chip that allows a blood test "cheap" can provide an important step forward for the diagnosis of infections in remote areas of the world .
The microchip is the size of a credit card, low costs and is able to diagnose infection in a few minutes.
Some tests carried out in Kigali in Rwanda for the analysis of diseases such as HIV and syphilis in Rwanda have shown almost 100% accuracy, respectively, in particular 95% to 76% of HIV and for syphilis.
The use in underdeveloped areas would be facilitated also by the cost of the device, as mentioned, it would cost only an estimated U.S. dollar and therefore much cheaper than any laboratory test. A version of the device was designed to test for prostate cancer.
Among the amazing things of this possible technological revolution in medicine there is also the fact that the chip contains ten plastic detection zones, and can test most diseases with just a single drop of blood obtained by puncture of a needle.
Test results are read on a display that digitizes data from a detector which also has a very low cost.
John D'Agata, a component of the Department of National Theme "Consumer Protection" of Italy of Values ??and founder of the "Door of Rights" it hopes that the idea to make available diagnostic tests to patients anywhere in the world can be facilitated by this 'important discovery that would allow on-site analysis in remote areas where it is almost impossible to do them, thereby making it possible to increase the possibility of control of epidemics and their better knowledge.