Ship "Cavtat": those toxic bins (not totally) recovered off the coast of Otranto. Maybe it's time to check the condition of the wreck and to address a search check whether there are any other "Cavtat" in the sea around the coasts of Puglia. Other than 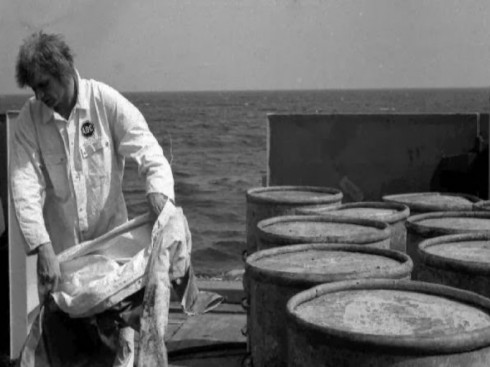 Was the July 14, 1974 when following a dreadful how absurd collision of ships off the coast of Otranto, sank the ship "Cavtat", then the subject of one of the most important works of recovering the cargo you're registered in Italian waters following the investigation activities of the then magistrate of Otranto and then Senator Alberto Maritati. In a nice article of March 5, 2014, the journalist Gianni Lannes, recalled that "The Cavtat was started on June 28 from England, the river port of Manchester. Destination: Rijeka. 2800 tons of cargo. And in addition, 270 tons of lead tetraethyl and tetramethyl lead, 909, bins transported half jacket and half in two holds. The Lady Rita [ed the other ship], however empty, was sailing in reverse: destination Biblioteka and Casablanca. Of these, officially 863 were discovered in 1978. " And finally, the same reporter poses a disturbing question: " "A part of poisons is still in the wreckage of Cavtat?". And it is this question that today, especially after the dissemination of epidemiological data on the incidence of tumours in Salento and in particular some coastal municipalities, back in the mind in order to understand whether there are contributing factors to what seems like an epidemic that spreads in the province of Lecce, which probably is not determined by a single source but by more springs that Flex all screened. Over the past forty years, many wondered if reclamation operations they had solved what could certainly be an environmental disaster of indefinable proportions, partly because the wreck lies still at 93 metres deep and just three miles from the coast of Salento, while the Ordinance is still in force in the port of Brindisi that prohibits the browsing and stop at that point..It seems the perfect time, notes John Davis, President of the stop the rights "of verifications from the Ministry of the environment, given the evolution of techniques and research that took place over the past four decades. Checks which we would like to extend to the whole coast of Salento to check whether there are any other "Cavtat" or other hazardous cargo still at the bottom of our wonderful sea, instead of unnecessary investigations.