Refugees who fled Somalia are being forced into an under-equipped camp in northern Kenya while another site ready to help them still lies unused. 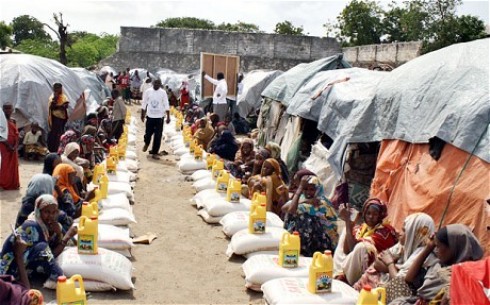 Kenya's government and the UN refugee agency, UNHCR, said last week that a centre with shelter, water, lavatories and other services would be opened to cope with the fresh influx.

But that Ifo 2 camp, at Dadaab, was being bypassed while more than 200 desperate Somali families a day were instead being moved "from one desert to another", aid workers said on Tuesday.

Alfred Mutua, spokesman for the Kenyan government said the camp should be happen by the end of Thursday.

But he reiterated that the UN should instead focus more on feeding Somalis in their own country.

An expected airlift of special food for children worst-affected by famine in Somalia was postponed on Tuesday after last-minute logistical delays, the UN's World Food Programme said.

More than 100,000 people have in the last two months fled rural areas of Somalia for the capital, despite there being very little international assistance available to them.

Fresh data due from other parts of the country is expected within weeks to show that the entire south of the world's most failed state has tipped from a humanitarian emergency into a famine.

International appeals totalling £1.2bn to provide food and help to more than 11.6 million hungry people across the Horn of Africa were still little over half funded, the UN said on Tuesday.