Health fraud, and aumento.L stratospheric costs' out of control and out of Italy by the international organization that deals with the phenomenon 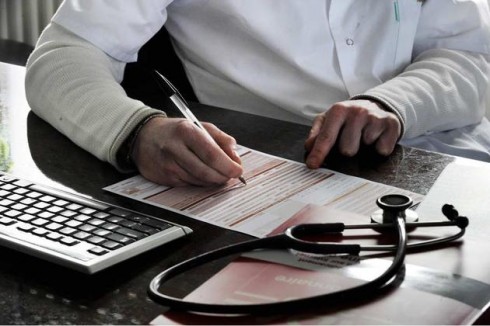 Health fraud, and stratospheric costs rising, to the detriment of the budgets of states and collectivity. While Italy is even off by '"European Healthcare Fraud and Corruption Network" (EHFCN), the Belgian organization that coordinates public and private organizations involved in combating health care fraud in 10 countries

The health care costs continue to increase enormously at the global level and weigh very heavily in the budgets of all organizations that deal with health care from our regions, so as to constitute the largest item of expenditure of these bodies. For some time, however, some states have decided to investigate the reasons for the rise of this item of their budgets, understanding that no nation is immune from bad: the health care fraud.
For this reason, and virtuous practices to begin to eradicate this scourge that sucks sap the budgets of states and regions of weakening the concept of health care and their ability to provide essential care, the organization was created '" European Healthcare Fraud and Corruption Network "(EHFCN) based in Belgium, which focuses on coordinating 23 public and private organizations involved in health care in the fight against fraud in 10 different countries in order to provide advice and coordination in efforts to Fraud organizations that refer, by the Commission in Europe, the World Health Organization, the United Nations associations in health care fraud in Canada, South Africa and the World Bank.
The EHFCN together with the Centre for Counter Fraud Services (CCFS) - University of Portsmouth, UK MacIntyre Hudson LLP and has even drawn up a report on "Financial Cost of Healthcare Fraud Report" - the first global report on the costs of Health fraud - which is able to estimate the overall cost of fraud in health care. As noted, would be well to 180 billion euros that would be diverted through the various types of fraud in health systems around the world, or an average of 5.59% of spending on health care.
The analysis developed has documented a series of classifications of fraud: pharmacists who share a prescription drug in more recipes to get extra money to pharmaceutical companies that organize signs, the doctors who inflate the cost of travel and misuse of public funds, For example, with insurance fraud.
It is therefore evident that the problem of fraud and corruption has not only ethical, but also very heavy heavy financial consequences that determine not only the effects on budgets, but inevitably also about individuals, because every dollar lost results in consequences on the possibility of treating those who needs. It has been shown, in fact, that once the losses were identified and concerned organizations are in possession of accurate data, the same can be reduced by up to 40% in one year. The money that is lost due to fraud can be used for better patient care and potential benefits for improving the quality of human life is peaceful.
This report had no doubt the utility to verify that it is possible to measure the nature and extent of losses due to fraudulent behavior in order to put its remedies, provided the institutions managing the function there is a health ' assumption of responsibility that goes through the admission of the existence of this type of problem.
Which does not seem to happen in Italy, said John D'Agata, a component of the Department of National Theme "Consumer Protection" of Italy of Values ??and founder of the "Door of Rights" that are hundreds of criminal investigations and the Court of Auditors' concerning fraud and corruption in health care, while still far has not addressed the issue so much so that a whole does not appear that any Italian institution, public or private law, nor the Ministry of Health has adhered to 'the "European Healthcare Fraud and Corruption Network "(EHFCN) while it seems quite clear that in the beautiful country organizations that deal with health care from regions up to the aforementioned department, there appears to be particularly concentrated in the best and most extensive anti-fraud measures.
And then the suspicion arises that this system in Italy taking in water on all sides must still be good, despite the facts prove otherwise because, unfortunately, health is a thriving Policy basin where to get resources and support.
We are confident, however, that some enlightened administrator will reverse course and try to put a stop to this plague harbinger of damage throughout the community, initiating all necessary measures to monitor and try to stamp out the phenomenon taking a cue from what is already doing in other countries where it has taken cognizance of the size of the problem and it was decided, through the coordination by the above-mentioned international organization, to pool efforts and expertise in fighting fraud.