Alarm antibacterial chemicals. Triclosan in the crosshairs of the FDA, the U.S. federal agency for food safety, but has never been banned from the market despite some companies producing soap as a precaution they have already eliminated as part of its pro 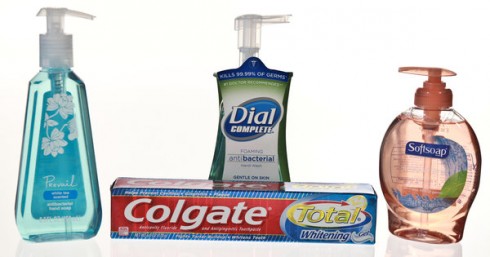 Triclosan is the most soaps on the market in the world, the active ingredient in these products but also in toothpastes, which are marketed as antibacterial or antimicrobiologici and that still stands prominently on the label of many of these, in spite of numerous associations consumers, but also some manufacturers, have entered into some long battles to ban it because it would cause damage to health.
In particular, several studies have shown that triclosan could alter the hormonal regulation in laboratory animals or cause resistance to antibiotics, so much so that beyond the lawsuits brought by some consumer groups are also members of Congress they would be fighting to prevent the marketing of products based on this type of antiseptic.
Thus, triclosan has also finished in the crosshairs of the FDA, the Food and Drug Administration, which is the American authority that oversees food safety that has begun its own fact-finding investigation but will not end before the end of next year, because this Federal inquiry could determine not just "headaches" for manufacturers of soaps and antibacterial-based antimicrobials, represent about half the American market of 750 million dollars, according to market research firm Kline & Company.
Clearly, the manufacturers of soaps and products containing triclosan have been expedited immediately to deny any possible health risks from their products, because the same would be on the market for decades.
The other side of the coin by producers is the fact that as soon as the American consumerist associations have launched campaigns against triclosan, a few large industrial groups are removed and replaced the less controversial ingredients.
For example, Colgate-Palmolive has replaced triclosan with lactic acid bacteria in Soap Dish Liquid Palmolive and Softsoap, liquid soap for hands, has been reformulated in its chemical composition.
Colgate, however, continues to use triclosan in Colgate Total toothpaste's, because it has been proven very effective to fight gingivitis, as approved by the FDA and their "supported by more than 70 clinical trials involving over 10,000 patients," the company announced in a statement .
But in the controversy triggered in the U.S. is there to say what are the causes that triggered the brawl between consumer groups on one side and the other industries.
The studies that we mentioned earlier, have shown that triclosan would disrupt long-term thyroid hormone in frogs and mice, while others have established that triclosan would alter the sex hormones of animals. Other studies have shown that triclosan can cause some ultra resistant bacteria to antibiotics.
In turn, the industrial sector countered that the evidence against triclosan were unconvincing and that the chemical has been safely used in consumer products and in hospitals for decades and also that there would be no evidence that triclosan would cause resistance to antibiotics.
Regarding the studies that have shown that triclosan is an endocrine disrupter, explained that the animals used in the studies were subjected to levels that would never be comparable to those to which we are subjected to everyday use.
But we come to Europe and to our Italy.
To date, according to John D'Agata, a component of the Department Theme "Consumer Protection" of Italy of Values ??and founder of the "Door of Rights", in the Old Continent is not started by the control bodies deputies, no investigation, including cognitive nature of the possible dangers associated with the use of common antibacterial soaps and toothpastes content.
Given the nature of the interest involved, the health of citizens on the one hand and the financial interests of multinational companies on the other, beyond the controversy and rumors, it would be useful and appropriate intervention by the supervisory authorities from the Ministry of Health to launch an investigation into the effects of triclosan and antibacterial soaps and toothpastes contained in in Italy.