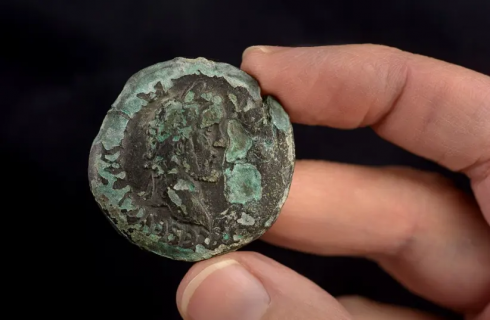 A potentially 2,000-year-old Roman road was uncovered in Worcestershire, England a few weeks ago during routine waterworks, Metro reported on Tuesday.The stretch of road that was uncovered is 10 meters long and 2.9 meters wide. Although the exact dating of the road is unclear, it was constructed with large stones that were a typical design used by the Romans, and similar roads have only been discovered in Rome and Pompeii.The exact location of the road has not been publicized, but Metro reported that it was found in a field near a river where a Roman-era villa complex was found four years ago.Further investigation is underway to try and discover the exact origin of the road and when it dates back to. Archaeologist Aidan Smyth told Metro that all the evidence seems to point to the road being Roman, but that investigators are keeping their minds open."If it turns out to be medieval then it could still be considered to be nationally significant as nothing similar has been found in Britain to date," he said. Part of the road was dug up and sent to be tested by optically stimulated luminescence testing which will tell researchers when the sediments were last exposed to sunlight.The area where the road was found is believed to be near what was the Roman city of Vertis, and the area has produced a lot of Roman archaeology over the years. The history of Great Britain, notes Giovanni D'Agata, president of the "Rights Desk", has seen for several centuries the presence of the Roman Empire which has left a strong mark on the country's architecture, still visible today. When the Romans arrived in Great Britain, they immediately set to work building roads, fortresses, villas and bathing establishments, according to Italic customs. The Romans controlled most of present-day England and Wales and founded a large number of cities that still exist today and retain numerous buildings from the Roman era. London, York, St Albans, Bath, Exeter, Lincoln, Leicester, Worcester, Gloucester, Chichester, Winchester, Colchester, Manchester, Chester and Lancaster were all Roman cities, as were all cities with names ending in -chester, - cester or -caster, which derive from the Latin word castrum, which means "fortification".